Uh-Huh. You know I could hear you groan when you figured out what it was about from the past. Bear with me.

Welcome to the Secret Essay, and the explanation for why every single caption on every single shot of CGI in Season 1 of my recaps of The Tudors says “It’s fine”.

2)”It’s Fine” is the shorthand for the arguments in my head that went on every time I saw CGI in The Tudors. Which went as follows:

That’s pretty damn good. The live action is cleverly mixed, giving weight to the CG which has decent detail into the distance. It doesn’t quite sit right, though and after a while I realised the reflections in the windows seem a bit…absent, better seen in this still.

It’s all flat and black, maybe in 2007 different reflection values were difficult to pull off. If they could have done it, they would have done it with this model, which they use all the time. But the lighting is good and it holds together, even a decade later. I believe it enough.

Episode 2 – At the Field of the Cloth of Gold

Okayyy. In its defence, this is supposed to be a huge, posh tent. It just looks like a huge, posh tent that’s been dumped here from another dimension. Also, why is some rando’s little blue tent nearly right up against it? “The King might get 12 pitches, Nora, but we’re number 13 and he’s not getting any of our grass. He’ll just have to walk round”. That’s a bad photoshop project.

Not bad, not bad. Detail is great, but the light is a little flat. 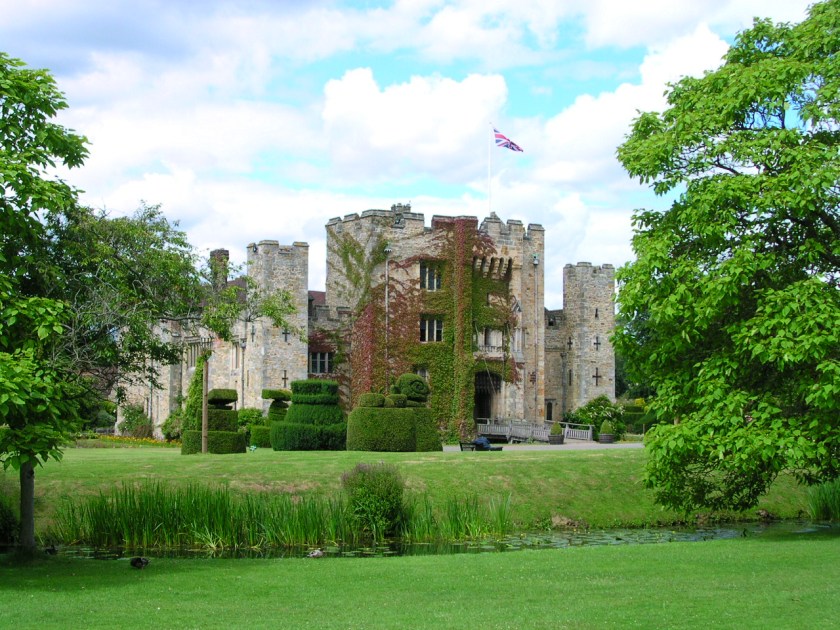 So all the detail is there, it’s a great structural resemblance, but the environment it’s in does not look real at all. That’s a sky box with a few topiary and tree assets and I would be unimpressed if I were walking through that in a video game. It has a weird (sunset?) light that cuts to a perfectly normal day once we get into the scene (Anne and Wyatt Breakup Day). And the Castle really should be casting a shadow forward and to our left like the hedges are. It really, really isn’t.

On the plus side, it reminded me of that.

Oh God, that’s awful. That’s not just a building from an (old) video game, it’s one of the background ones you can’t enter. They got an illusion of reflection in the windows but the walls are made of a material not found on Earth.

OK, So Why Did You Keep Saying It Was Fine, Then?

Because it is. Because what we’re missing here is context. The Tudors is, at its heart, a court drama. It’s how most other Tudor adaptations, which are almost always set somewhere inside the decade 1526-1536 (From Wolsey’s first failures, the great Divorce, through Cromwell and More to the death of Anne Boleyn) get away with having so few characters, and most of the action happening indoors.

But The Tudors is too big and sprawling for this (4 Seasons, 38 hours and covering events from 1515- 1547, including international politics) and it relies heavily on its sets having more looks than a drag queen and managing to serve as multiple locations. So it needs outside filming to stop repetitious environments and claustrophobia, and to let you know that the scene has just moved, sometimes to the other end of England, sometimes over to Europe. But that’s expensive. Enter CGI. And they were smart with how they used it. Here’s that ship shot again, and then the best quality gif I can make of it as it appeared in the show.

The sea movement and little animations in the background sell it much better, and it’s only on screen for a couple of seconds. Just long enough to do it’s job, which is to give you a sense of place and anchor this scene in the world for you.

These brief flashes maximised CGI’s usefulness, while minimising the clear weaknesses still present in the technology a decade ago. Also, the way I present them is probably the worst way to view them – Stills, in HD, to look at as long as you want, when originally they were moving and expected to be seen in standard definition for a couple of seconds at most.

When they made a mistake (Penshurst above is in a moving shot and on screen way too long for the quality) they don’t do it that way again. So really, it’s hard to say they got it wrong.

In fact, they were surprisingly wise. Their CGI moderation gets put to the test in Season 2, where Season 1 seems to have given them confidence for a couple of experiments that end up in “Wait, what?” territory. But in Season 1?

It not great because the tech and their budget couldn’t get them to great. But it’s not bad because it does the job they needed it to do, it does it well and they were careful and pretty smart with how they used this technology, and it appears to have been used with an awareness of how quickly it would age.

I came from The Christmas Thing, I want to go back.–>